A few years back, I used to say that TokyoTokyo was falling behind in the food chain race. They had the same food items on their menu and there were no new additions for long periods of time and their stores were getting a bit old. They were really behind in the times but just recently they’ve discovered their MOJO back it seems. 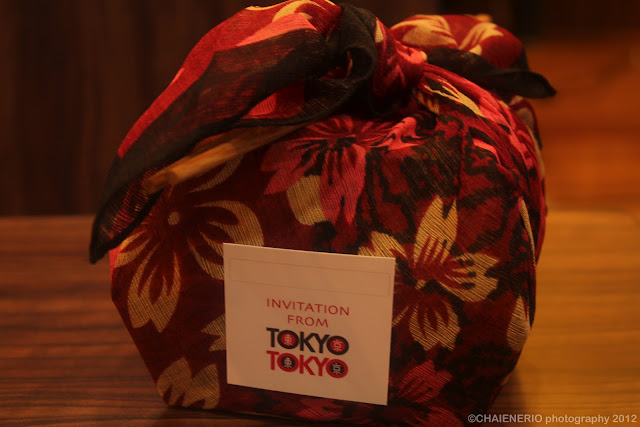 Last February 16, I was invited for their blogger event at their Shangri-La Mall store and I enjoyed the time spent. I have noticed that they have implemented renovations in all of their stores and particularly because I am a provincial resident, their SM Dasmarinas store seems to be less gloomy now and more welcoming today. It has better lighting as well as better fixtures. The old TokyoTokyo store before was really falling apart. Aside from that, I have noticed new innovations as well as other creations from their menu. They have added a variety of items to their food list and it has boded well for the consumers and for TokyoTokyo as well. It makes me want to go into their stores more often than before. 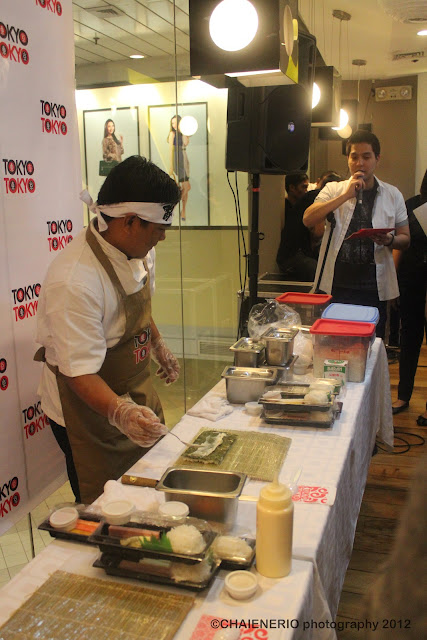 Their blogger event last week has pushed them to catch up in the fast food race as it was a fun and delicious event with the special appearance of no less than their poster boy – Daniel Matsunaga. He had the crowd hooting and all fired up with his tall and handsome boy-next-door look. Heart certainly is one lucky gal. Geez, enough of the girl talks already!

They had the event hosted with DJ Gino from RX and the first part was a sushi making demonstration by their trained chefs. Their invites were also thoughtfully done - their burger boxes wrapped in cloth with wooden chopsticks on top reminiscent of a real Japanese bento. 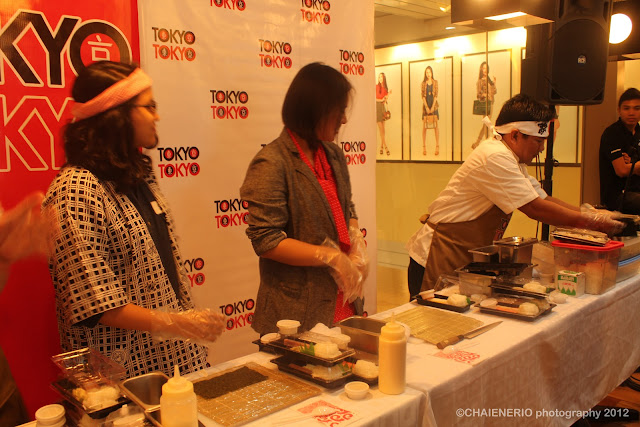 They made California maki (kani strip with mangoes and Japanese mayo in Japanese rice with nori and coated with fish roe) and one of their new products – the American maki (Americanized version of the sushi: ham, cream cheese wrapped with rice and nori with colored version of the fish roe used in the California maki which comes with a somewhat sweet dipping sauce different from the usual sushi sauces). After the demonstration by the chefs, they asked the bloggers as well to try their hand out at making the 2 products. The bloggers had fun doing those rolls that’s for sure! 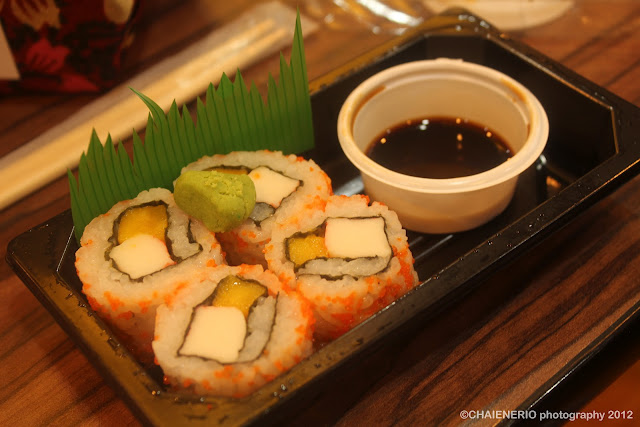 We all got to eat some California and American maki too. After the Maki session, we were presented with one of their newest products – the Shogun burger! Being true to its name, it commanded attention from all of us. Juicy beef patty slathered with their tonkatsu sauce layered with their signature crunchilicious Onion rings and cheese. They gave us 1 big burger so I took only 2 bites in preparation of the others. 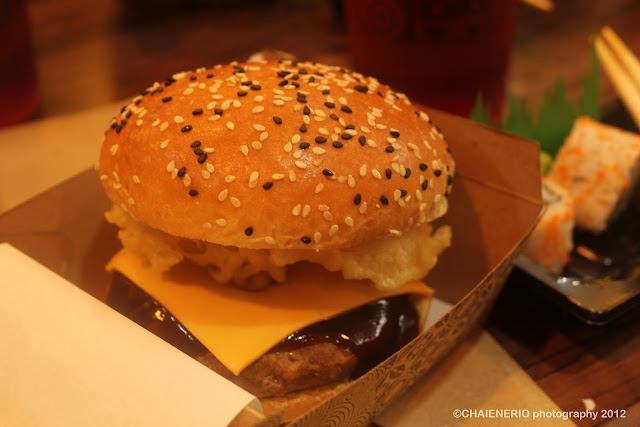 Next, we got served each with halves of their Shiitake Mushroom burger. I’d say this is a healthy burger option and the shiitake mushrooms only added to the meatiness and the juiciness of the already tasty beef burger! A good addition I must say as I am a mushroom lover. 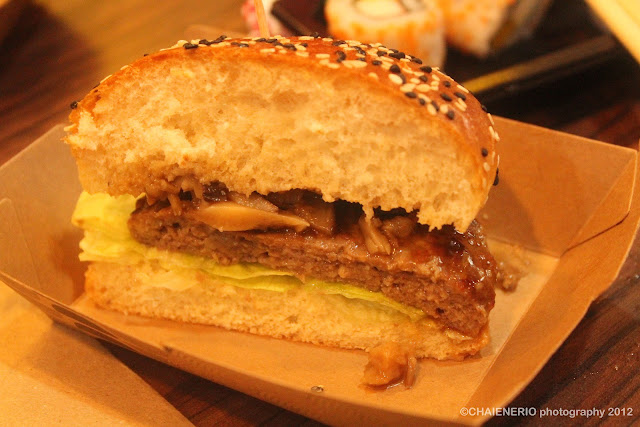 The final half for the burger department would be their humungous Godzilla burger and as the name denotes it is a huge burger with 2 layers of juicy beef, cheddar cheese slices and some zesty Japanese mayo. I couldn’t try and eat them all as you might have guessed so I went with a few bites of each. Of course a meal in Tokyo Tokyo won’t be complete without their famous Red Ice tea and we each had tall glasses of that refreshing drink! 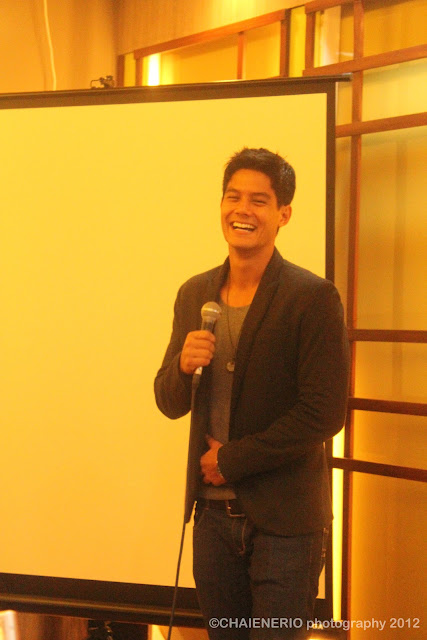 It still wasn’t the end as lo and behold, Daniel Matsunaga made his entrance and it made all the girls in the crowd swoon. He is something else! Hahahaha! The good looking factor is there! He was the judge for the best Japanese inspired costumes for the night. The best in Japanese customs actually won prizes from MUJI! How cool is that! 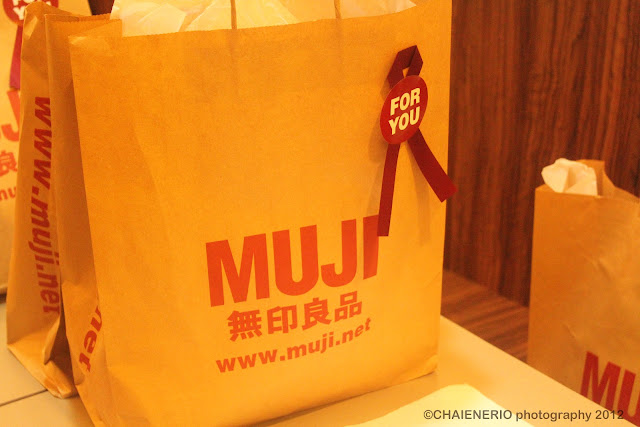 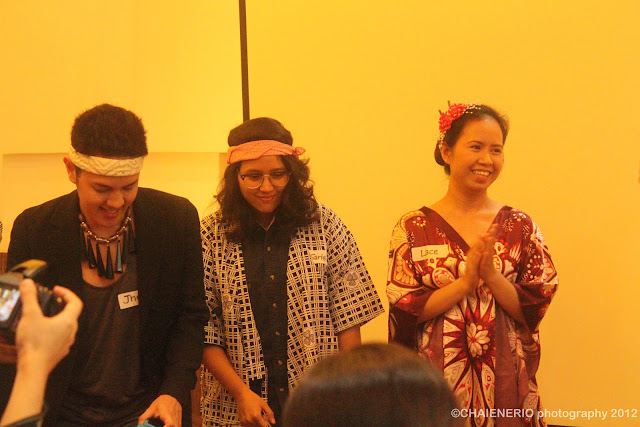 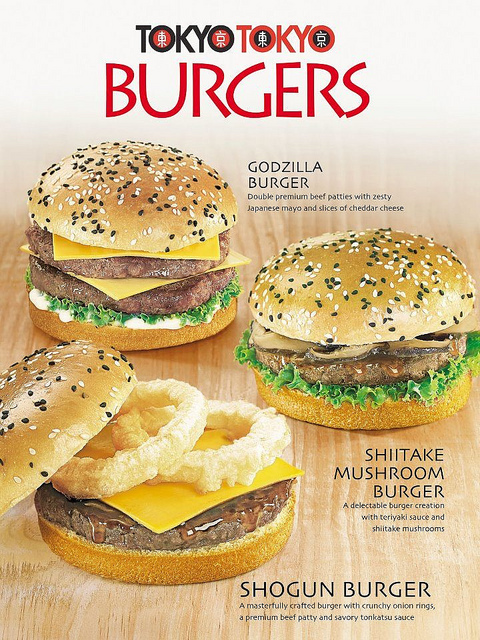