Who hasn’t heard of Italianni’s? With its great big servings of Italian inspired dishes that will have you panting after eating, that is in essence Italianni’s. I have eaten in Italianni’s countless times but haven’t really reviewed or written about them until now.

Recently I got in touch with really old friends way back in college and we agreed to meet at Italianni’s at Alabang Town Center. The location was chosen as such because it was the crossroads of where we all were located. Friend T was from Las Pinas, Friend X was from Batangas and I came from Cavite so meeting in Alabang was quite okay for everyone. It was a pleasure catching up and meeting with old friends. I had forgotten how much fun it was to chat and just while away the time with them. Before we used to do it often as we shared the same house in college. Now everyone was a professional but it seems like only yesterday. We decided to have lunch at Italianni’s and as usual when we got ourselves seated there, we were given their complimentary ciabatta with olive oil and balsamic vinegar. This is always a great combination.

We then proceeded to order. I had the Parmesan Crusted Fish Fillet. It was creamy dory fish with a Parmesan cheese crust and served with a caper cream sauce, mashed potatoes in the side and some buttered vegetables. The fish was crispy and had lots of flavor especially with the cream sauce. Dory is pretty much a bland white meat fish but with the Parmesan crust, it was good. The crust was crispy and the vegetables were cooked just right. Crunchy and slathered with butter. 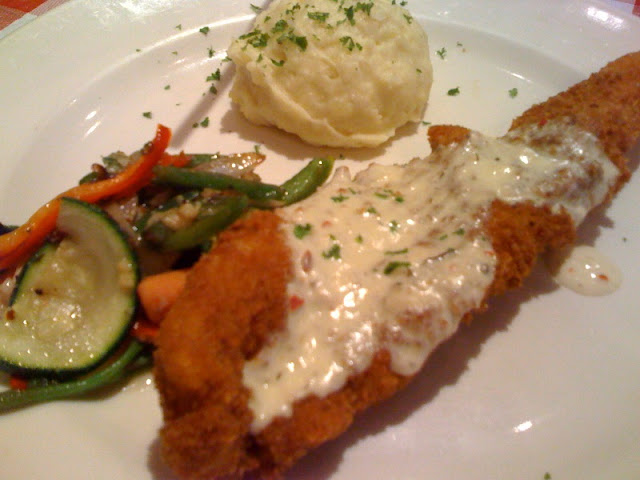 Friend X had her Grilled Pork Chops. It was huge! J The pork chops were grilled with a pepper crust and served with some black peppercorn sauce. It was served with some crispy spinach leaves that I ate because friend X did not want them and also garlic rice and buttered vegetables. This was really value for money right here. Although it is value for money, I can’t really say that the taste was something remarkable or unforgettable. 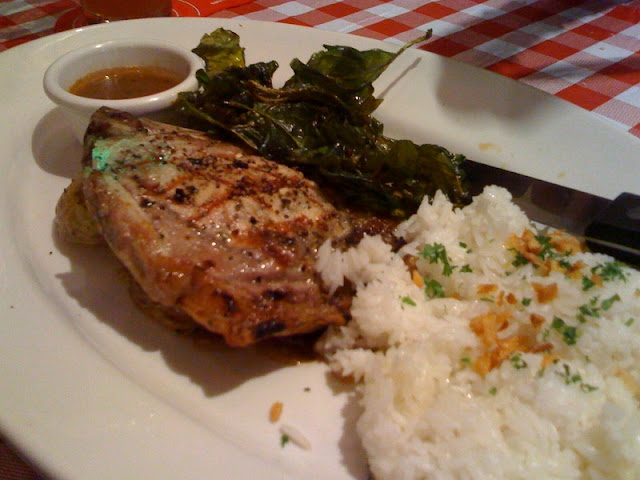 Friend T had some Chicken Parmigiana. It was chicken cooked with a Parmesan cheese crust same with my fish then it was topped with some melted, creamy and stringy mozzarella cheese. On the side of the Chicken Parmigiana was some spaghetti with Marinara sauce. 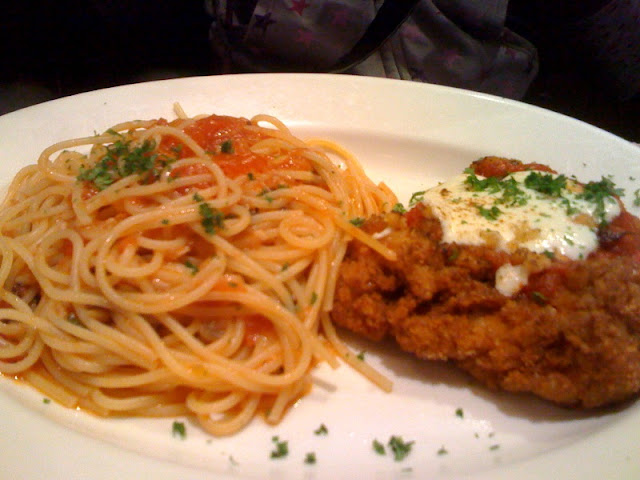 The dishes were good but not really spectacular but they sure are value-for-money with how they are portioned so you know that you got your money’s worth of food as you should because they are not so much inexpensive when it comes to their pricing.

The lunch was good with old friends and lots of food. I’ll be trying out other dishes from Italianni’s soon!