My friend CB has told me that one of her good food finds is a quaint little dimsum place which serves Xiao Long Bao. Located in Sabino Padilla Street in Binondo, this little quiet dimsum place is home to some tasty Xiao Long Bao as well as great noodle soups – the kind that you wish you can get in Chowking. So one day, I decided to check it out as per friend CB’s recommendation and so I brought Mum with me since she loves these outings to Binondo and never gets tired of them no matter how many times we go. She and I are very addicted to going there. I don’t really know why.

We finished with our other errands in Ongpin so I told her we were going to eat at a new place – Suzhou Dimsum. We went inside and there were only a couple of customers since it was around 3pm so too late for lunch and too early for dinner. No crowds. Perfect timing!

I immediately ordered Xiao Long Bao. I just ordered one portion because I wasn’t sure how much it is and how many but I was expecting around 3 or 4 pieces of Xiao Long Bao. Since it was quite windy, I went ahead and got a noodle dish – Beef Kianchi Noodle Soup and then we had some Fried shrimp wantons.

With the Xiao Long Bao, we had it steamed as this was the usual way to go. Me and mum fanned it a bit before we tried to gobble it up because it was freshly steamed and I wouldn't risk it. I also told Ma, to take it easy since the Xiao Long Bao would have some soupy liquid inside it. When I bit into it, I could feel that the wrapper was a bit thick but not too thick that it would be squishy like. It just had the right thickness because the dumpling had liquid inside so the wrapper had to be able to sustain the liquid. The soupy liquid was a bit bland for me and somehow I didn't get quite a rush when I ate it. I have to go back for a second time in order to form my opinion finally. Watch out for that next post. I’ll be sure to take notes on the second experience. 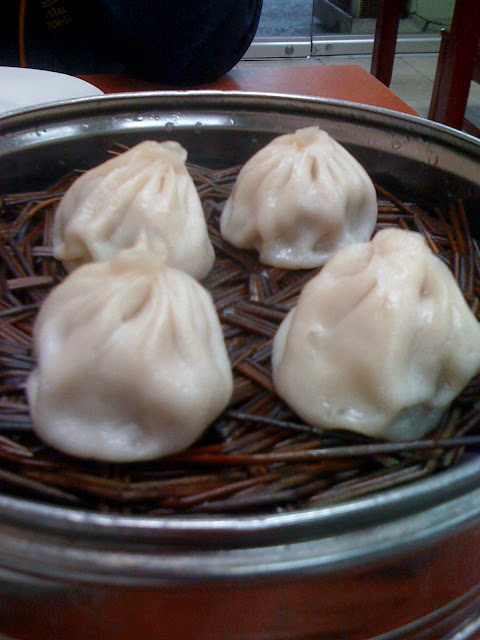 What did it for me at Suzhou was the Beef Kianchi Noodle soup. I never expected it to be quite tasty. And the price was not too bad with the serving portion which is good enough for 2-3 persons. The broth was hot and tasty. I could really taste the real beef flavor there and not just that beef flavor that you get when you put in a beef bouillon. It was really beefy! There was also a certain kick to the soup as it really is a balm to cold weather because its spiciness can really heat you up. The al dente noodles were great and chewy. Not at all flat and mushy. The beef was really tender and it tasted as if it had been simmering in the same broth I had for hours. I loved this! Mama and I were both full to the brim with just the soup. 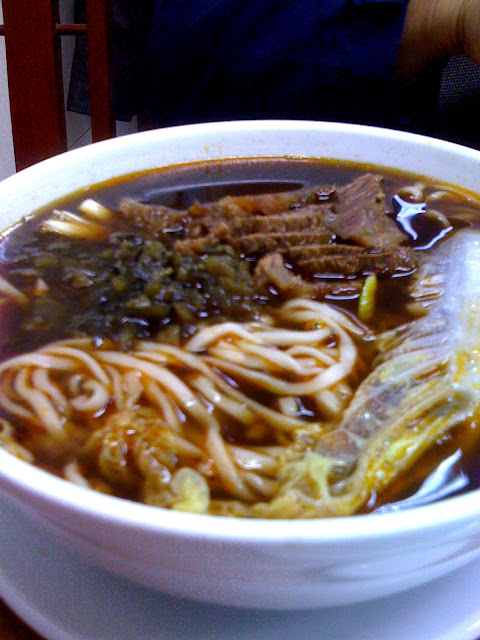 The fried shrimp wanton was just okay. Nothing really incredible to write about it. Again, this time, it was the beef noodle soup which was the winner. I promise to return and get a good taste again of the Xiao Long Bao and this time I will really take notes as sometimes I update late so I tend to forget how some food items taste like. 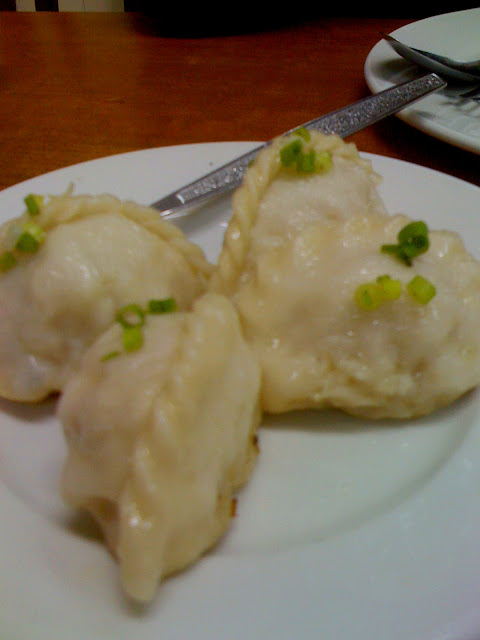