On The Tummy Spot: Chicken Inasal at JT Manukan Grille


I've tried numerous kinds of chicken “inasal” from Cagayan de Oro to Cebu and here in Manila. Some have been good and some not so great – just ordinary so I am usually not that excited about chicken inasal food trips. My friends MRD and GHD on numerous occasions have told me about this little chicken inasal food place located in Malugay St. in Makati. One Sunday during lunch, I finally headed there with the couple in tow and a newfound friend SQ. 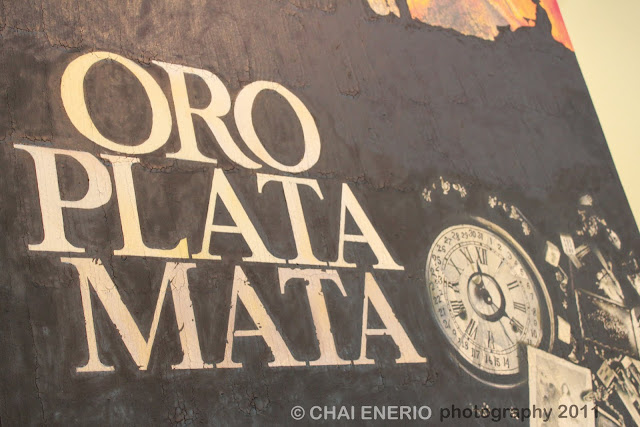 The outside is nothing spectacular or eye catching. The place is not where you would like to dawdle over lunch or dinner because it is not that interesting. JT’s Manukan is actually located beside OSMAK (Ospital ng Makati) so that would be one of its landmarks. When you go inside, the one consistent thing are posters of old movies that actor Joel Torre has been in. JT’s Manukan is owned by him and as such his initials on the name of the chicken place. 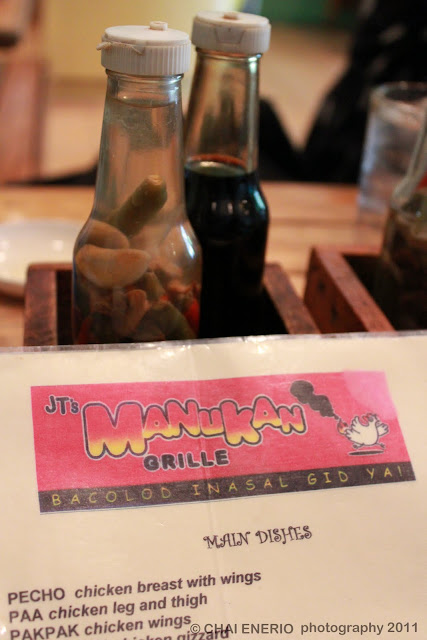 Of course, I ordered the chicken pecho which is the drumstick plus a big part of the thigh if I’m not mistaken. We also ordered “atay” (chicken liver) and some pork liempo grilled. The basic condiments were offered at the table – soy sauce, vinegar, chilies and chicken oil (which you can slather all over your rice). When the chicken arrived, I eagerly wanted to sink my teeth into it so I can say for myself it is really as good as my friends have painted it out to be. The garlic rice was really good too. All garlicky with little garlic bits. This was really every penny's worth of our money and it's not that expensive as well. 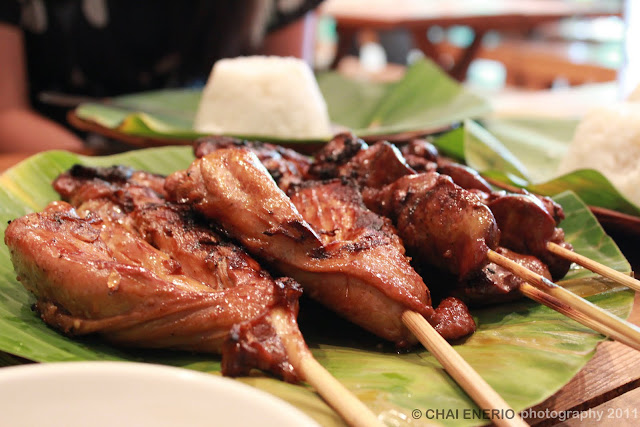 The first bite is always the clincher and with this first bite, I wasn’t disappointed. Usually when we do a little bit of chicken inasal at home, I am always concerned that the chicken meat dries up during the cooking process and sometimes our chicken inasal at home does have that dried up feeling to it but this chicken from JT’s was another chicken altogether. The chicken meat was so plump and juicy with just the right amount of doneness to it. It kind of felt like Hainanese chicken which is all plump but this just had a barbecuey feeling to it. I think I had stumbled onto a great chicken place. This is even better than Mang Inasal’s chicken. I could taste a variety of flavors like lemongrass and some others. I wanted to eat and eat. It was that good. Not dried up but just really juicy.

The chicken livers were also good. Just the right size for a diner and really good as well. Not hard and tough but soft and tasty. Almost fluffy if you ask me. Hahahahah!

Their grilled pork liempo was just so so because I guess this wasn’t really their star product. The chicken is. I can’t wait to eat here again when the craving for authentic Bacolod inasal chicken hits me. 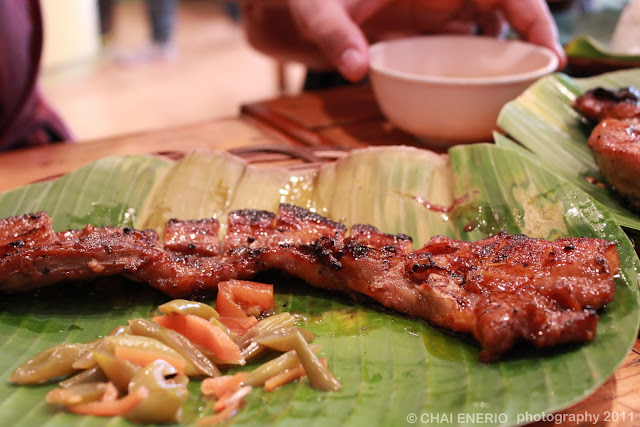 OMG! I miss this place, I used to eat there when I worked in Makati. But you haven't tasted my inasal yet! Let's have a play date once we've settled ha. Maybe towards the end of the month. Mishu!