Cheesecake! Cheesecake! Cheesecake! Don’t you just love them! I for one am a cheesecake fan. There is just something heavenly about sinking your teeth into all that creamy goodness, topped with that luscious tartness from blueberries or the syrupy sweetness of cherries. They’re comfort food and that is for sure. I haven’t yet met a person who hasn’t liked cheesecake. They’d be crazy not to. 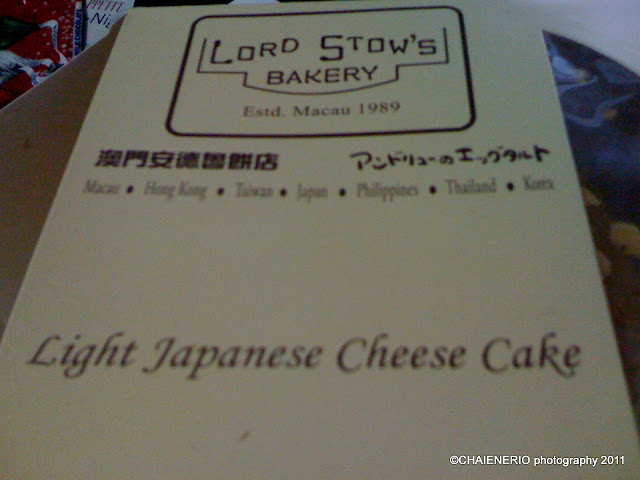 In my recent foodie adventures, my friend JL introduced me to another kind of cheesecake. This was one I didn’t expect. It was Lord Stow’s light Japanese cheesecake. They reinvented the word “light” in this cheesecake. I didn’t quite expect it but it was a good surprise. 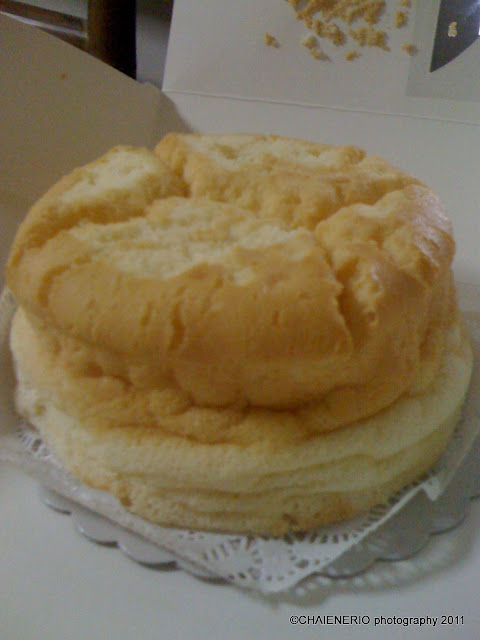 The cheesecake in itself was not your usual one with the graham/cookie crusts. The size itself was another thing. It was not your usual cheesecake size but rather it was sized as small as that of the plastic lid on a can of milk. Also, it is not flat but it looked kind of puffy sporting that soft brownish tinge. It looked like a regular puffed up cake with some cracks here and there in its entire appearance. When I sliced it up, I had the feeling that the cake’s consistency would be that of a mamon (Philippine sponge cake).  When I first bit into it, the cake really felt like I was biting into a mamon. Fluffy and light and not to sweet at all. Soft and airy, it was just right.

I was waiting for the cream cheese part and it was as its name promised. The cheesecake was not heavy as your usual cheesecakes go and it was also very light inside my mouth. It was not too sweet and I felt like I could eat a ton of them as they weren’t that sinful at all. It was as dense as the regular cheesecake and at the same time light in your stomach. You’d never feel guilty at all. 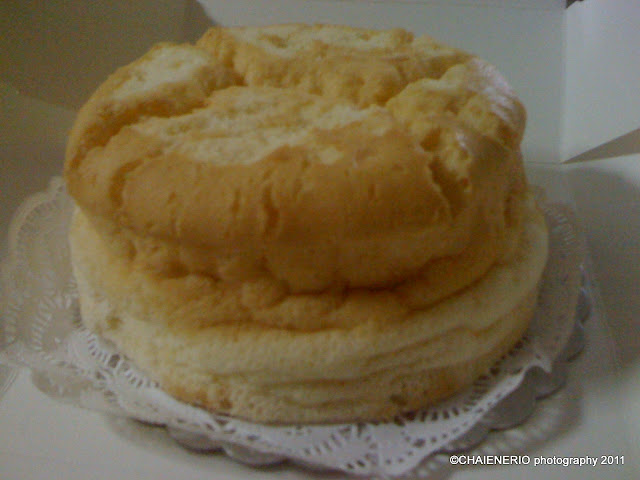 I think this particular cheesecake really did live up to its name – Light cheesecake. It was really that! For those on a diet and still want to get their cheesecake fix, I think this is an alternative. I don’t really know if it is really lighter in all those calories, but if you bite into it, you’d never feel guilty at all. I for one did not and managed to chow down 2 little slices. :)