The Start of My Summer – Swimming Pool Food Fare

Last March 20, the family all trooped to our swimming pool haven as a welcome home celebration for Tito M who just came home from Congo. Tito M rented this wonderful and spacious airconditioned villa for the day which had really nice interiors. 2 beds downstairs, a mini kitchen, bathroom and a second level which had 4 beds for those who wanted to sleep. It was very comfortable for everybody and the pool waters did not even beckon to me that much. In fact, I did not even take a dip that day. I just photographed and ate!

Thinking of what suitable items to bring to the pool, we settled and agreed to bring some pork belly and Papa’s “Kinilaw” of which I am very much addicted to. The pork belly we just bought from the nearby SM department store so there was no marinading involved. It was simply seasoned with just rock salt at the poolside and for some reason after we had grilled it, it tastes absolutely delish. The pork was done perfectly and the meat was tender and not tough. The salt-only seasoning seemed to heighten and even make the taste good for the grilled pork belly. Sometimes if we marinate the pork in soy sauce, which is usually what is done, it kind of interferes with the taste of the meat. I do suggest you guys try just seasoning your pork belly with rock salt before grilling and you can taste the difference. 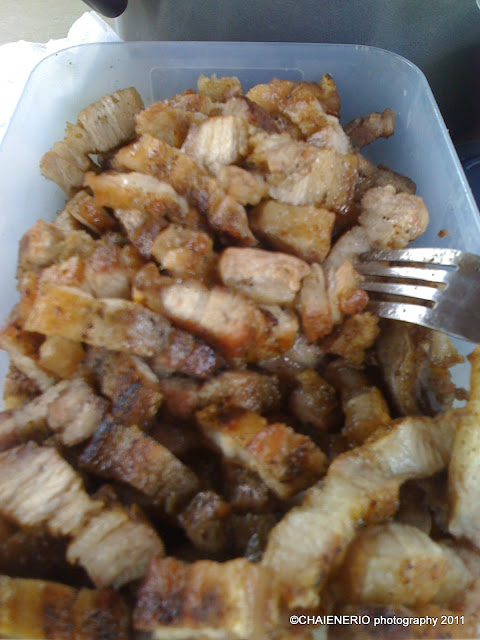 Papa’s “kinilaw” was tuna washed with some vinegar and added with some spices like onions and ginger. He also added some mayonnaise. It was really good. Filipino style sashimi. The fish tasted creamy and milky and there was a certain tangy taste to it. It also had some chili’s which added the needed heat to perfectly complement the fish. The fish was very fresh and that heightened the flavors as well. This is otherwise known as "ceviche". 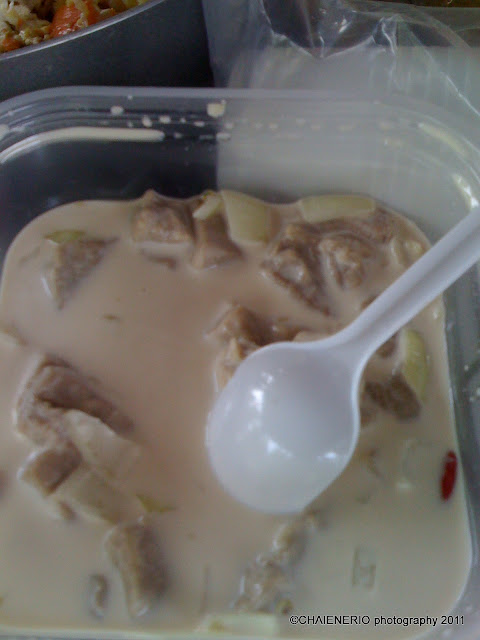 The Kooiman family brought their newly invented dish as well as a large bilaoful of Pancit Malabon. They called their new invention the Kooiman family pasta salad. It was a cross between being a Mediterranean, Dutch and Filipino pasta salad and an original creation at that inspired by the mix of cultures present. Achi and Matthijs made use of Fusili as the pasta of choice together with some herbs, Feta cheese, Dutch cheese, pineapples, green olives, pesto, fresh tomatoes, olive oil, green bell pepper, carrots, onions and bacon. It didn’t taste at all heavy but rather was so refreshing to the palate. It was tangy and creamy, salty and sweet. So many contrasting but at the same time complementing flavors in one spoonful. For me, it was the perfect pairing for the grilled pork belly and I think I ate continuously throughout the day! Hahhahaha! Blame it on the good food and wonderful company. 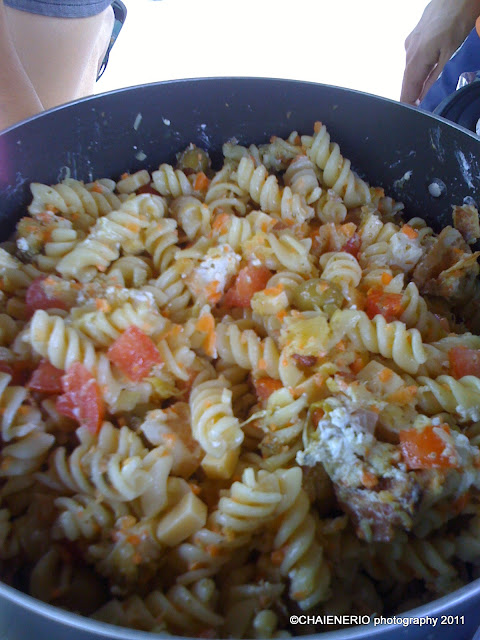