One Sunday with WitchyCrazyMommy and Family: Breakfast at their house and Dinner at Super Bowl of China

One Sunday morning I was going to my friend Witchy Crazy Mommy’s house to go with them together to a christening celebration. I started off early from the house and Witchy Crazy Mommy promised me a peach pancake breakfast. I was energized by the thought of those coupled with some freshly brewed coffee too.

I arrived safely at their house in Cubao after a bus, MRT and tricycle trip. They were just starting to get ready so I had lots of time to sit down to a comfortable breakfast. I could already smell the aroma of freshly brewed coffee wafting in the air and I was a goner. There is nothing like freshly brewed coffee in the mornings. Mommy Jho then set about to making me the peach pancakes in her kitchen while we were chatting and catching up on the latest news on friends. She told me that she had also made some sweetened whipped cream as well to top the pancakes with. 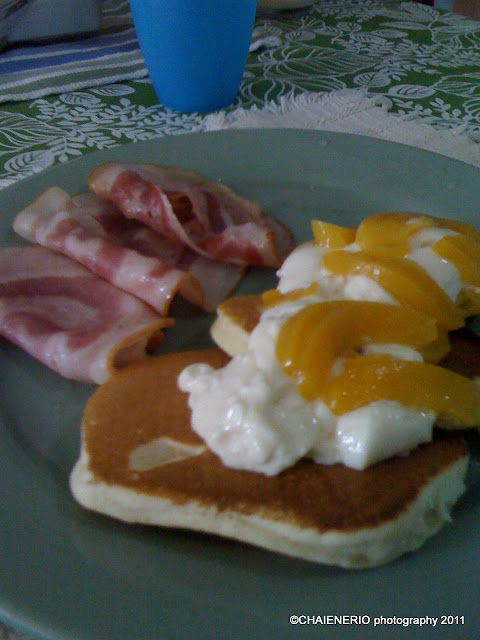 She just made use of Pillsbury’s pancake mix for the pancakes and they’re really soft, sweet and light. On top of the pancakes she slathered on her homemade whipped cream with some condensed milk which tasted milky and sweet but not too sweet. It had lots of volume and it was really good to pair with the pancakes and of course peach slices on top. On the side, I got some Canadian bacon as well. It was a leaner, meatier and thicker cut than your regular bacon and it is sliced in big circles like what I have in the pictures. It tasted like ham and there was a hint of smoky flavor also. Yum! Some freshly brewed coffee and my plate was clean in a matter of minutes.

After the Christening and lunch celebration, we had a bit of rest time before we had to head back to the city. WitchyCrazyMommy and family invited me to an early dinner before they let me off to go home. They took me to Super Bowl of China which they told me was sort of a regular stop of theirs. The Super Bowl of China branch we went to was in Gateway, Cubao. 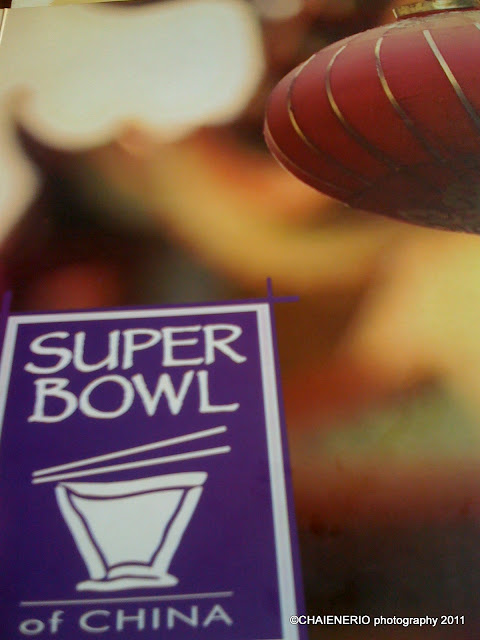 The seating was comfortable and the table we had was quite large so it was very very comfortable. It was around 5pm so the dinner crowd still wasn’t there although there were a few trickles. After we were seated the customary “kropek” chips were given to us. We then ordered a pot of tea to aid in the digestion and to make the stomach lighter for another meal session. Heheheh! 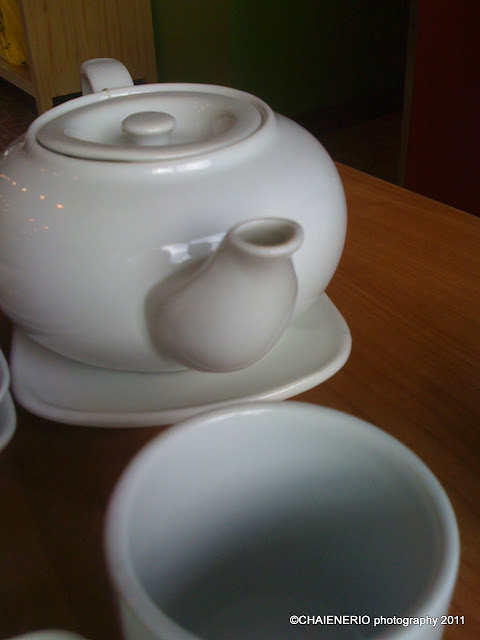 We had the Dimsum platter which had 3 pieces of siomai, 3 friend wontons, 2 pcs of hakaw, 4 pcs of fried lumpia and a siopao in the center. I’d say it was a complete platter. The hakaw was not really that great. The wrapping was a bit thick for me and the filling not so tasty when compared to Wai Ying’s but it was passable.  The shrimps in the filling were not as plenty as those that I had before. (Note to Mommy Jho: I have got to take you guys to Wai Ying in Binondo and for sure you’ll love it there) The dimsums in the platter were not as good as those in Binondo but quite passable. 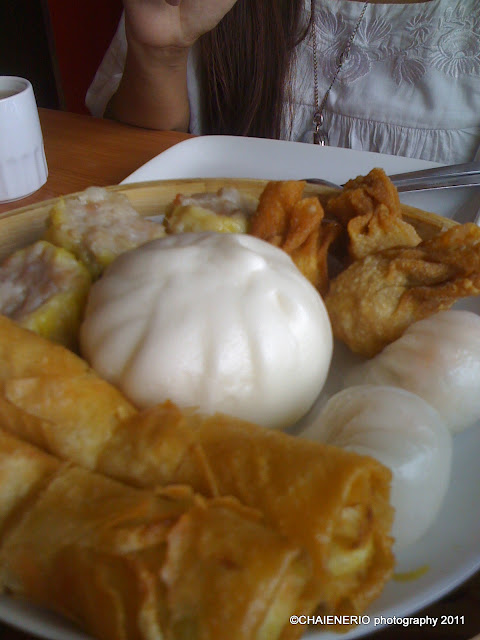 We also had some Maki Me. It came in a big bowlful which we all shared. As I have had no previous experiences with Maki, I have to say that it was starchy but tasteful. The noodles were cooked just right in the dish. Mommy Jho has explained to me that a Maki should really have that starchy or thick consistency of the broth. 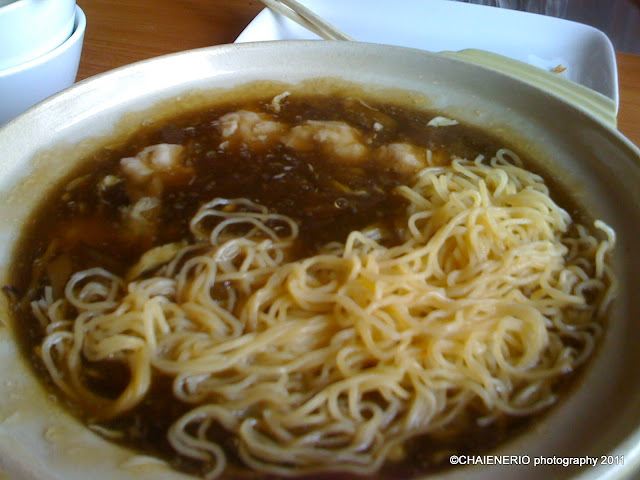 Then we also ordered “Chopsuey” which is a vegetable medley with some seafood, mushrooms and pork. I loved how Super Bowl cooked their chopsuey. The vegetables were not overcooked and still retained their own flavors and had a crunch to them. The mushrooms were soft and added a touch of earthiness to the dish. The seafood components also completed and rounded off the dish. I’d say that I would love to have this “chopsuey” dish again. 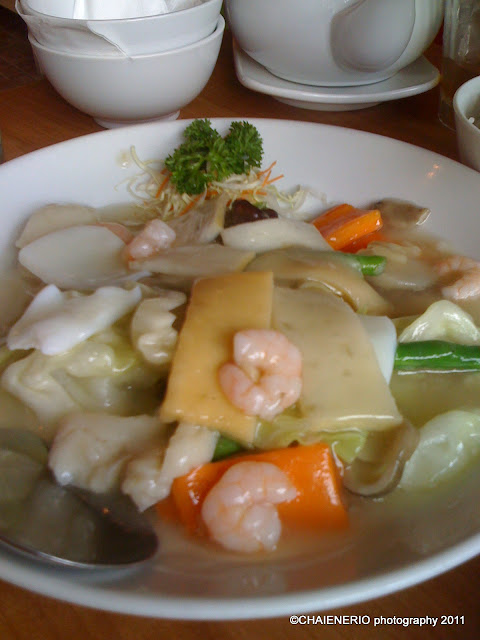 Lastly for dessert we had a Banana Split. Nothing much I can say here except that it is ice cream and we all loved it. :) 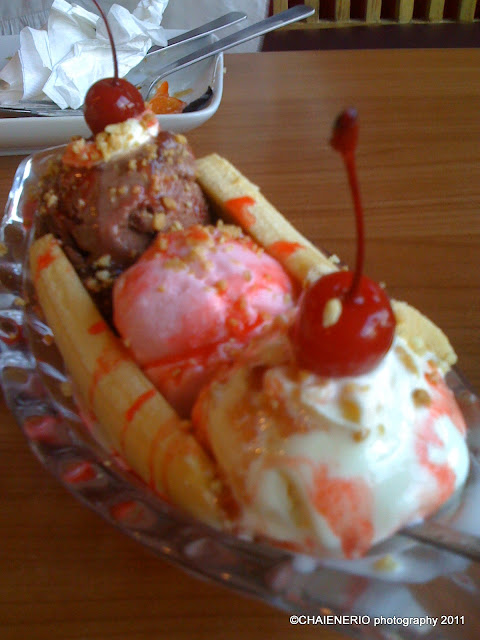 Thanks for the great breakfast Mommy Jho and for that filling dinner! Till my next foodieexcursion with you guys!! J

P.S. Mommy Jho AKA Witchy Crazy Mommy is also a food lover like me and she has kitchen experiments also of which her better half and lovely daughter are the lucky tasters…sometimes me too. If you have time, you can check her out at WitchyCrazyMommy.com.

Yeah. I think probably because I've been to Binondo and had great dimsum so I tend to expect more from other dimsum stores but their chopsuey is something I'd go back for.

Chai! You have to take us there talaga. I want to try some real xiao long bao. We got to try Crystal Jade the other day,it was actually very good I hope to finish my review during the weekend. Oooh and you can come by the house sometime also to taste test my chicken inasal! see you soon mwah!

Hi mommy Jho. Always wanted to try crystal jade's xlb pero never had the chance to do so. Will try it soon. Let me know when your review is up. I'd love to take you guys to binondo also. Cge. Murag lami na Ang chicken inasal and I can take better pictures now. :)