On The Tummy Spot: Turk’s Shawarma


I have never been much of a Shawarma fan. Sometimes I enjoy eating it if it’s really good but most of the time I shy away from it because I don’t want the messy eating involved. You know that icky feeling when the sauce trickles down to your hands and you have to wipe your chin off because some sauce got stuck or even better, if you have long hair and they accidentally get stuck in it. So, basically I really wouldn’t say I am a big fan of SHAWARMA.

It was one of those typical afternoons when me and the family were hanging out in MOA that we passed by all these stalls in the foodcourt. There was a White Hat yogurt which I really love and beside it was this unassuming stall selling Shawarma. They had an all meat one and one with vegetables and you can have it either large or regular I think. Anyway, the brother and I wanted to try it out because it was fast and easy and very nearby where we sat down to rest after all the endless walking associated with MOA. We had the regular sized one with vegetables because we didn’t know how it would taste and we’d just split it between the 2 of us. 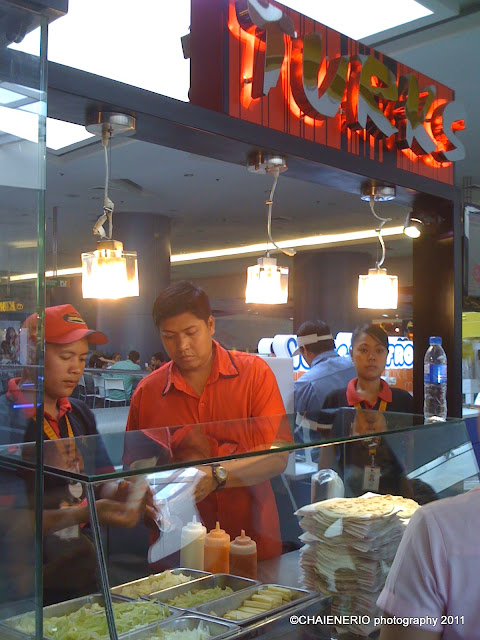 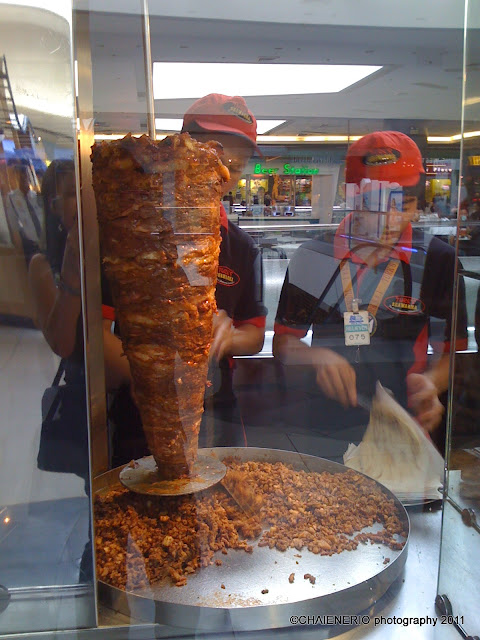 The first bite was super delish. It was really good with the creamy sauce and super tasty meat that was just cooked right inside the hot pita bread. I couldn’t wait to eat it again. The vegetables were a wonderful foil to all the meatiness. I just couldn’t believe it; I actually found a shawarma that I want to eat over and over again. After that we went on to order 2 more. It was that delicious. 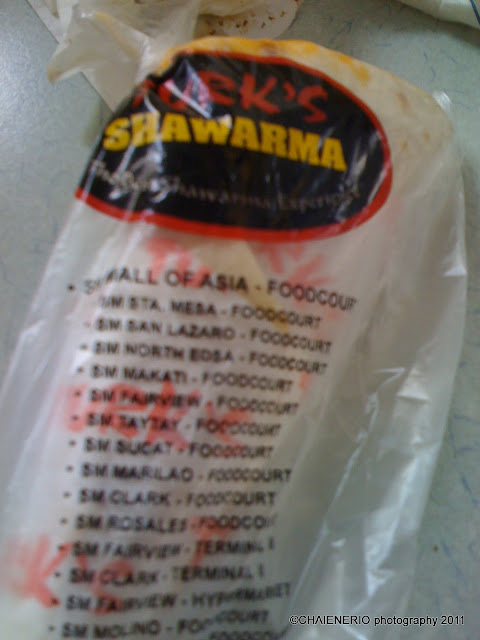 Next time, I had my friend Ansot with me. I wanted to introduce her to the shawarma but she actually did try it already when she was here in Manila vacationing with relatives and we were of the same opinion. The meat is really tasty and cooked just right. Not much oiliness here. Their sauce also makes a difference. It was tangy, creamy and cheesy at the same time. We both had the all-meat one and we agreed it was great. It’s not your regular resto fare nor is it the fastfood grub but just plain street food if I might say. Turk’s shawarma is really good and this is coming from a non-shawarma loving individual like me. They don’t have any fancy space or resto, they just have this little stall where you can get your shawarma fix and they usually have a long line of people waiting to be served.

Email ThisBlogThis!Share to TwitterShare to FacebookShare to Pinterest
Labels: food tales, my review, on the tummy spot, Turk's Shawarma