Nestled among the "red" light district of Makati is this quaint and cool restaurant which embodies how American diners are supposed to look like. The place has a great collection of old-school mementos which are bound to have you say "ooohhh" and "aaaahhhh" many times over. The restaurant boasts of life-sized cartoon characters like "the Flash" and there is even an Elvis hogging the microphone as well.

Aside from it's great decor, the place also has a very extensive American menu which is bound to make your mouth water and your pocket suffer. The prices are quite more than you would expect to be paying but basing on what I had when I was there, I think it is quite worth it. The servings are also "Americanized" which means they are great big heapings that are pretty much good for at least 2 Filipino diners. :)

Because me and my sister and a few other friends already had dinner at that great Korean restaurant nearby, we stopped by the Filling Station to have a little bit of dessert. We ended up ordering apple pie ala mode which was a really yummy and served hot apple pie with a flaky crust which surrounded sweet apples inside. The pie turned out great and not soggy which is what you would like in your pie. Of course topped with a yummy vanilla flavored ice cream and a serving that you could share between 3 people. 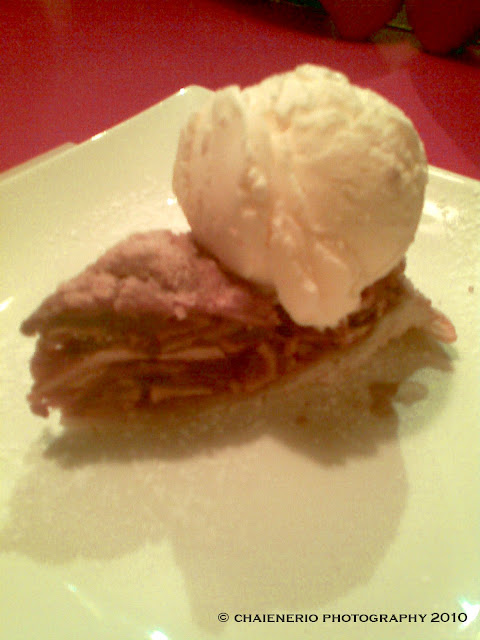 Aside from having the apple pie, we also had the yummy milky milk shakes. Super duper sized milkshakes which were flavored chocolate and vanilla and you can really taste the creaminess of both. They were served in really tall glasses and the left over shakes from the blender were even served together with the usual serving glasses, so we sort of ended with 4 drinks instead of just 2. So creamy and so sinfully made. I am sure my caloric count for that night far exceeded the norm for a regular person. 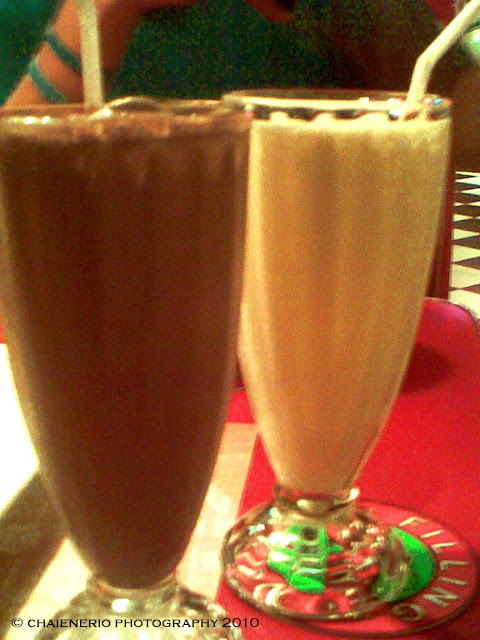 This was a dessert tale to be told. For a great apple pie, this place is good with the super-sized milkshakes. I wouldn't recommend this to diabetics though...:) Sugar is not shy in this store!

The Filling Station is located in Burgos Street nearby Makati Avenue.